"Alone At The Gates Of Dawn" 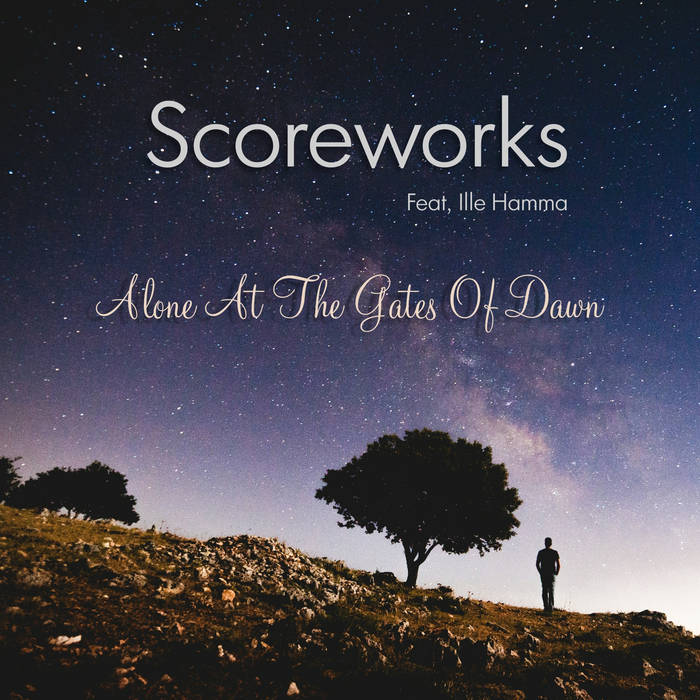 In the Summer of 1995 I saw an advertisement for composers to enter ‘The Musical of The Year 1996’, an international, open-entry competition which would culminate in a professional stage production in Aarhus, Denmark with simultaneous radio broadcast nationwide. At that time I only had a couple of unfinished songs with a vaguely Celtic theme – the Celts were all I was reading about and I thought it sensible to put my new- found knowledge to good use – and so the idea for “CELT” was born. I had only three months to deliver storyline, characters, a minimum of eight songs (hand-written transcriptions of the score in those days,) scenograpyh notes (of which I knew nothing) and one scene of script. I was still transcribing the last song at three in the morning with a courier coming at six a.m. to whisk my entry off to Denmark in time to meet the competition deadline. "Alone At The Gates Of Dawn" is a reworking of "Song Of Shadows" - from "CELT."

1996 – “CELT” was entered into ‘The Musical of the Year’ in Denmark; one song (Only In The Stillness Of The Night) reached the final in ‘Best Song’ category from a worldwide open field of more than 2,500 songs. Judges included Julia McKenzie, Peter Ustinov and Bjørn Ulvaeus from Abba. “CELT” did not make the last three - because it fell short in the technical presentation of the audio recording (no music software then and I was flying by the seat of my pants - ALONE) although there was encouragement: BASCA NEWS described “CELT” as: “a work of high quality” and “innovative” – in direct contrast with the “professional but somewhat predictable content of the winning entries”. “Alone At The Gates Of Dawn” started out as “Song of Shadows” from “CELT” and I have reworked it over the years. In September, 2017 I booked a studio in Berlin and a highly capable German singer - Ille Hamma - to sing the part of Ardan.
It has taken too many years for this song to see the light of day in a form that does it justice - and now, “Alone At The Gates Of Dawn” can be an example of the epic struggle within that we all face at some point in our lives when met with an impossible dilemma. The world of Epic drama is where “Alone At The Gates Of Dawn” sprang from and I hope that it finds a home with the many people who love this musical realm as much as I do.
Joanna Bates - November 2017

ALONE AT THE GATES OF DAWN

Heaven knows all of my secrets
Whispering doubt, inside us all we find
Always one question unanswered
Oh, it lies heavy on my mind

I feel the shadows around me
Darkening skies – oh, let me see the sun
Show me a light that will guide me
Let justice be done

I stand, alone at the gates of the dawn
Lost, in the still of the night
My land is here but my heart is so worn
By time and tyranny
I can sense my destiny

Fear is a dark-heart companion
Is future foretold - Or is there another way?
Something is leading me there...
Oh, time’s pendulum will sway

Leaving the arms of my people…
How can I? My head’s a spinning wheel
Making no sense of it all
Not knowing what’s real

I stand, alone at the gates of the dawn
Lost, in the still of the night
My land is here but my heart is so worn
By time and tyranny
I can sense my destiny
Calling me this night.

Bandcamp Daily  your guide to the world of Bandcamp